The Embassy of Spain in New Zealand, the Ministry of Foreign Affairs and Cooperation of Spain, the Spanish Organisation for International Cooperation on Development, and author Winston Cowie have collaborated and translated Cowie’s book, Conquistador Puzzle Trail, into Spanish.

Conquistador Puzzle Trail proposes that Spanish or Iberian navigators were the first Europeans to voyage to New Zealand, over 100 years pre-Abel Tasman, in circa the 1520s.

The Spanish version is entitled “Nueva Zelanda, Un Puzzle Historico: Tras la pista de los conquistadores espanoles,” which means: “New Zealand, a history puzzle: After the tracks of the Spanish Conquistadors,” and was launched on 24 March 2017 in the Spanish coastal city of La Coruna. The port is the same place that the Spanish ‘Loaisa expedition’ embarked from on its 1525 around the world voyage of discovery, and also the place where a large New Zealand pohutukawa can be found.

Winston Cowie at the La Coruna pohutukawa with both versions of his book: Conquistador Puzzle Trail

The La Coruna police officers who look after the tree and the Greenstone taonga gifted to it on Cowie’s 2013 visit.

The initiative to translate Conquistador Puzzle Trail into Spanish has been a collaboration between the Spanish government and Winston Cowie since the successful launch of Cowie’s book in 2015. Conquistador Puzzle Trail has since been added as a source on the early discovery of New Zealand on Te Ara, the online Encyclopedia of New Zealand, and praised by Spanish and Portuguese governments.

The launch was attended by the honourable former Spanish Ambassador to New Zealand, Ambassador Manuel Viturro De La Torre; the honourable Maria Garcia, Vice Mayor of La Coruna; Spanish historian Xose Alfeiran; Juan Pineiro, who has helped Cowie tremendously over the years with his research and a number of other Spanish dignitaries and members of the public. 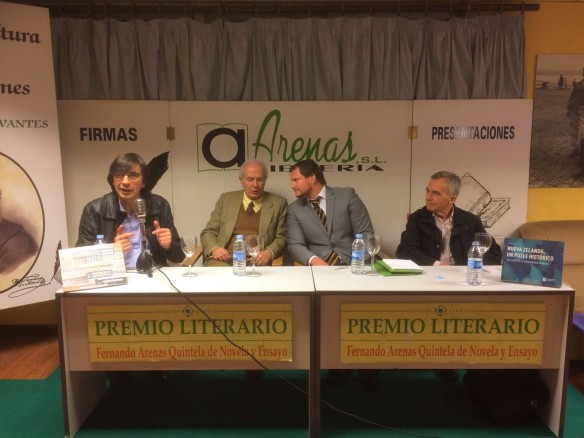 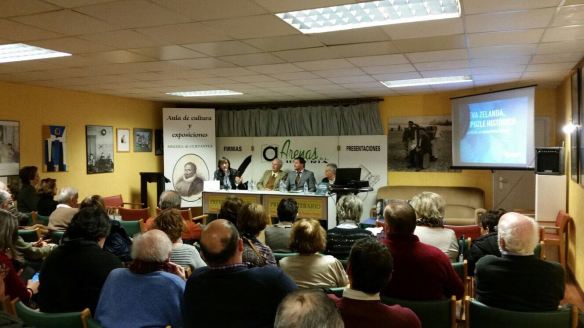 The current Ambassador of Spain, the honourable Manuel Pradas Romani, comments that “this book focuses on the cultural relations between our two countries that despite being in the antipodes they might have shared a common history. It is really a food for thought not only for scholars but also for students in the schools of New Zealand and Spain”.

Author Winston Cowie, states “I am incredibly grateful to the Embassy of Spain, New Zealand for their ongoing collaboration and cooperation. To have Conquistador Puzzle Trail now translated into Spanish and distributed across Spain, and the English version now widely distributed is a proud moment.

And to be able to travel to La Coruna after research trips here in 2009 and 2012, and share the moment with some of the lovely Galician people that have helped me over the years, I am very grateful. It was a really special and proud moment.

Looking ahead, my hope is that students will read the book, and in time become teachers themselves, and perceptions changed in respect of the European discovery of New Zealand. What is needed is a robust public debate on the subject – in both Spain and New Zealand, in order to move knowledge forward. Everybody has a role to play.”

“Plus ultra,” ‘Beyond’, as the Conquistadors would say.

And another exciting initiative just around the corner….