I am a New Zealander from Mahurangi, Rodney District, North Island, Aotearoa, a place where I developed my passion for the natural world and my desire to work as a changemaker seeking positive outcomes for nature and society.

I am the Marine Policy Manager at the Environment Agency – Abu Dhabi, United Arab Emirates (UAE), my dream job, where it is a privilege to serve the UAE and work with an amazing team on a broad policy portfolio that includes sustainable development; fisheries; aquaculture; protected areas; wildlife conservation; traditional knowledge; eco-tourism; and climate change. I have previously worked as a lawyer and in film as a diver on underwater television series. In my spare time I write New Zealand historical fiction and non fiction books, produce environmental and historical documentaries, play and coach rugby, and am a motivational speaker.

My website is the home of all things relevant to my work as a New Zealand author, documentary producer; adventure travel photographer, and public speaker. Its purpose is to be a place where you can learn more about these creative works and me.

My website also includes a blog updating you on things I am interested in, a diverse mix: 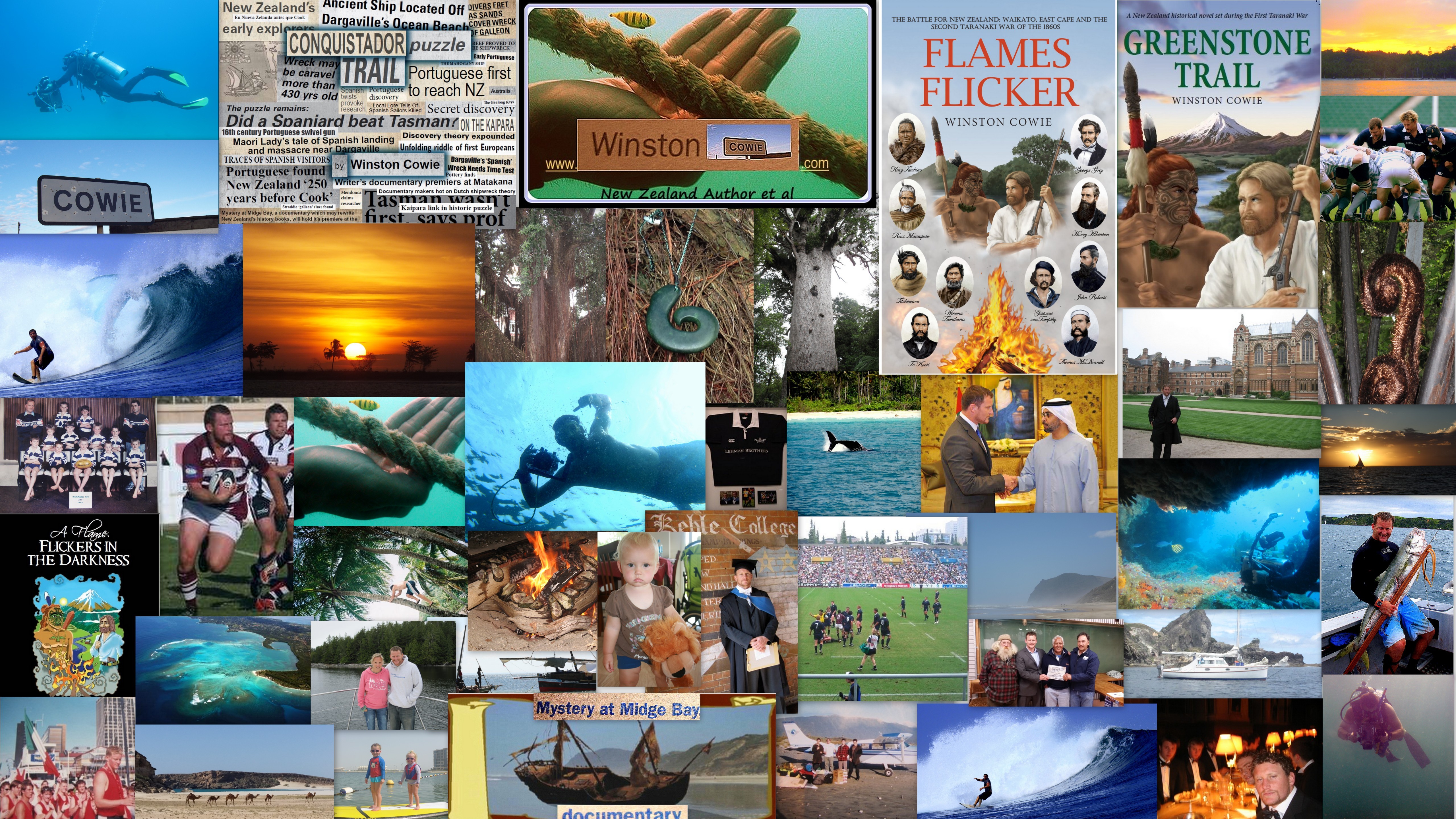 I am based in the United Arab Emirates, the Middle East.

Across my professions, interests, and countries travelled, the image which best represents what I am about, that of the juvenile Golden Trevally within a person’s hand, summarises my view on life and our world. It’s in our hands. 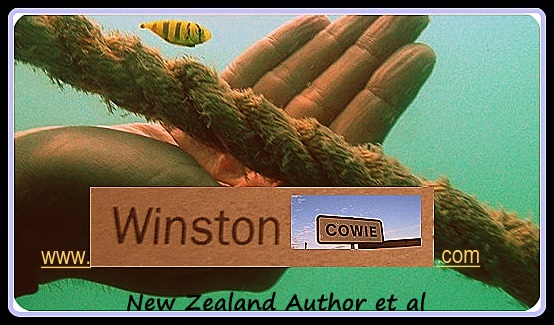 Enjoy sharing in my passions and please Contact Me for writing, documentary or public speaking queries. Read on for more info!

Winston Cowie was born in Dargaville, New Zealand, in 1982. He spent his childhood in the Mahurangi region before moving to Auckland to attend Westlake Boys High School. After graduating in 2000, Winston completed a law degree at Otago University and a Master of Science degree from Oxford University, United Kingdom.

Winston is a Fellow of the Royal Geographic Society – the United Kingdom’s learned institution for the geographical sciences.

Notable professional achievements have included two prestigious Al Dana Pearl awards for excellence in environmental policy, presented by His Highness Sheikh Hamdan of Abu Dhabi; the Sir Robert Swan Leadership Inspiration Award on the ClimateForce International Antarctic Expedition; a world medal at the prestigious New York TV and Film Awards for the environmental documentary he directed and presented – ‘Zayed’s Antarctic Lights’ which screened on National Geographic; and being recognised as a United Arab Emirates community volunteer of the year for leading a goodwill charity aid mission to Seychelles and Madagascar.

An accomplished sportsman, Winston represented his adopted home the United Arab Emirates internationally at rugby union in 2017 at the World Cup Qualifiers. He previously played in the rugby union Varsity Match for Oxford University against Cambridge University at Twickenham in both 2006 and 2007. He was also an Oxford University Athletics and Surfing Representative and is a qualified Commercial SCUBA diver (South Africa).

Winston’s favourite pastime is sharing the great outdoors and ocean with family and friends. 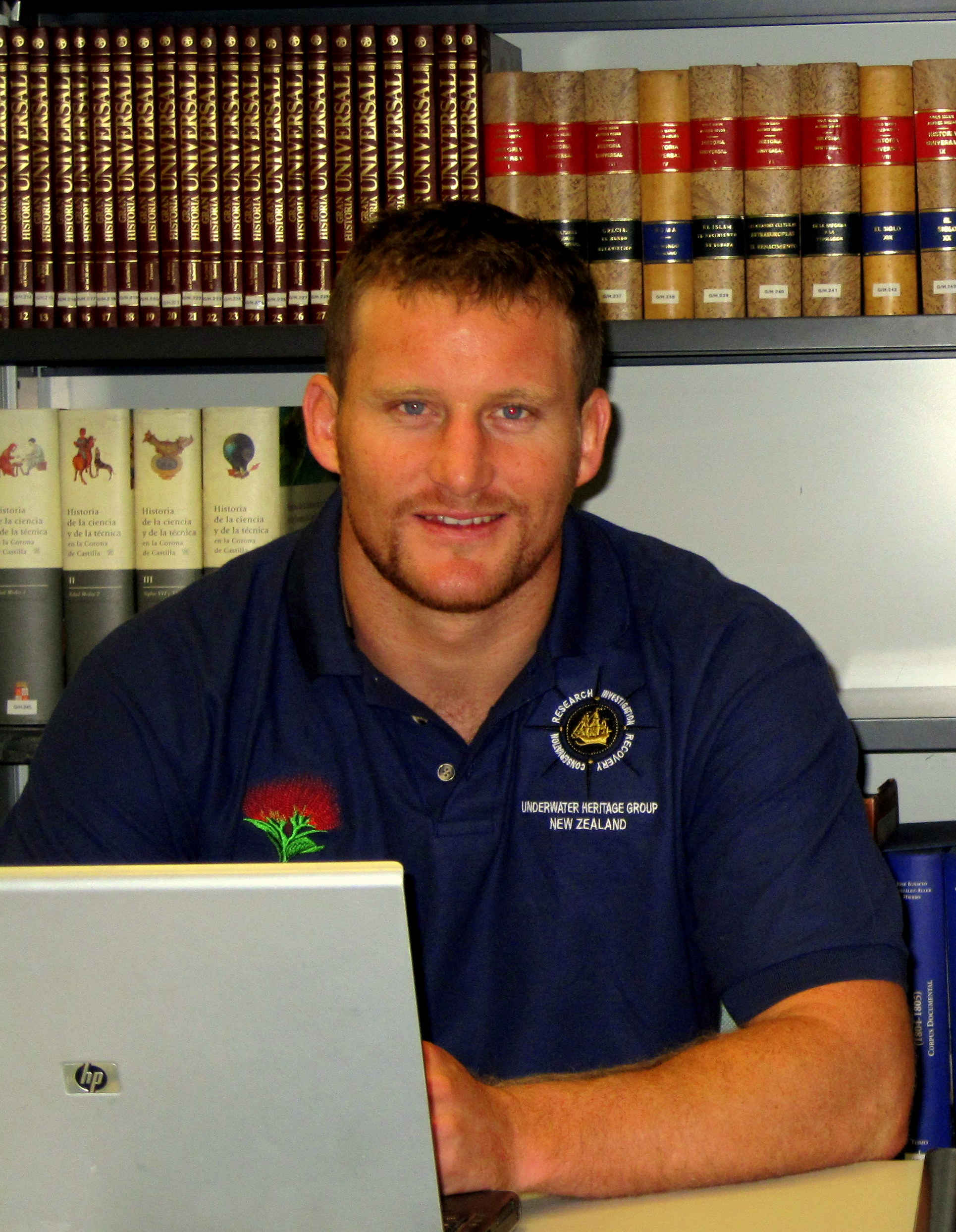