I met Garth van Niekirk just over one year ago at Abu Dhabi Saracens rugby training.

South African, built like a brick, the 27 year old was the sort of bloke you immediately warmed to. A leader, with a solid set of values, keen, very respectful and grateful for his lot, a good sense of humour, and an absolute machine with the ball in hand – once you met him he was the sort of bloke that you wanted to be around. Positive, committed, dependable, and inspirational. And fun – he had a good sense of humour and was always smiling.

Last Wednesday, with his Abu Dhabi based mates around him, we said goodbye to him the for the last time.

Two months ago he was fit and playing rugby. He felt a stomach pain and thought he had pulled a muscle and as a precaution went to the doctor. What followed is still incomprehensible. He was diagnosed with an aggressive from of Colon cancer, which didn’t respond to chemotherapy, and instead spread to his liver and lungs. Within two months, from the peak of physical health, he was very unwell.

Garth passed away last night, one week after heading back to his native South Africa to be with family. Life’s not fair some times. Really not fair. In two months he tried everything and fought hard, never giving up. That was him. Ten different oncologists, miracle cure drugs, but the stars didn’t come into alignment. 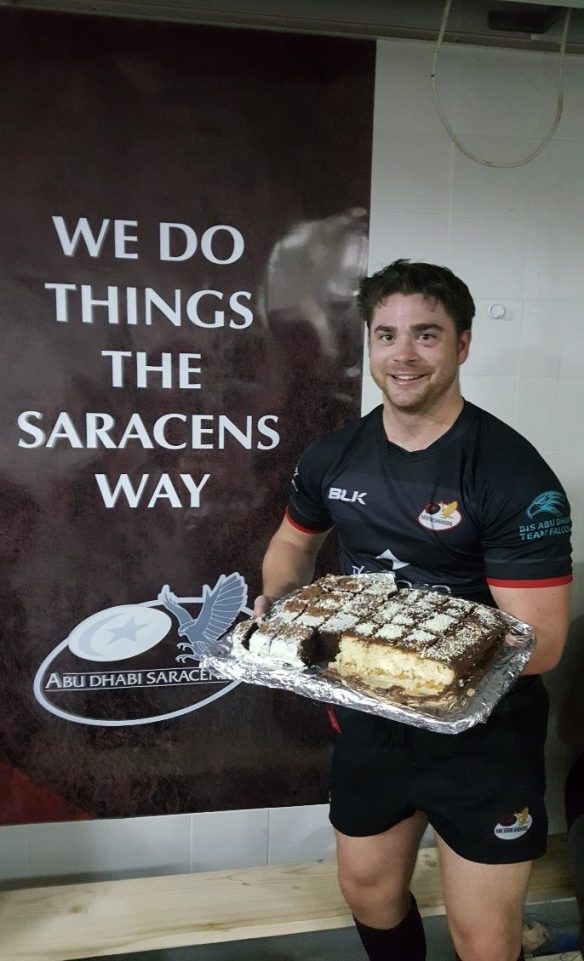 Garth van Niekirk – a true South African Gentleman. After playing a stormer against Bahrain in 2016 and helping the Sarries to a close 12-10 win.

Garth was brought up in Johannesburg, South Africa, the son of Johan and Anita and brother of Gabrielle. Garth attended The King’s School, Robin Hills in Johannesburg where he was chosen as Head Boy in his final year. When you find that out, you ‘get it’, he was that kind of guy. A stand up bloke and role model.

After school, Garth studied a Bachelors Degree in Emergency Medical Care (BTech EMC) at the University of Johannesburg and has since worked saving lives, in both South Africa and later Abu Dhabi where he would regularly visit conflict zones in the region and save lives. Selfless, the guy threw himself into his work – serving society by going to places no one else wanted to go, for the greater good. 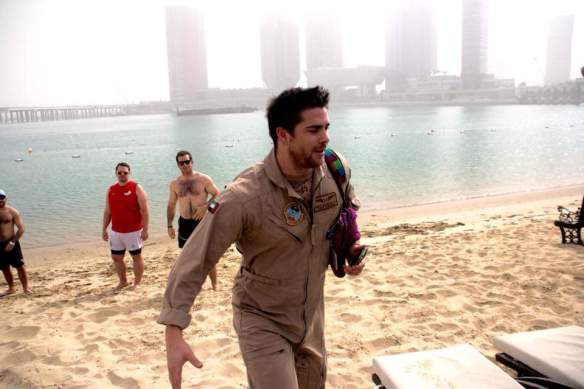 Garth – straight from work to a rugby training.

A balanced bloke, when he wasn’t in the helicopter or plane, he was excelling on the rugby pitch where he represented the Golden Lions at 7s and won the national championship with them in 2012. He was also recently the Abu Dhabi Saracens Player of the Year and was widely regarded as one of the stars and best players in the Arabian Gulf and West Asia. He is straight up one of the nicest blokes I have met through rugby in 30 years of playing.

A keen traveller, Garth has been to over 30 countries, where he loved experiencing and learning from other cultures. His favourites were Estonia, Sweden and Russia where he recently travelled with his family.

A couple of anecdotes that I loved about the guy:

·         Before and after every footy training he would shake your hand and say Hello and Thank You Coach. His parents should be proud of how he conducted himself, every single time. Every single time you caught up with him.

·         Cake baking, after playing a blinder to beat Bahrain 12-10 in a nail biter. It was chocolate coconut and pretty good.

On behalf of the Abu Dhabi and wider Gulf rugby community, the Sarries and Quins, much love to a mate – much much love to your family – Garth will be hugely missed. Life isn’t fair and it is difficult to make any sense of this.

Garth van Niekirk – you were a champion and one of the best. A legend, mate.

May peace be upon you.