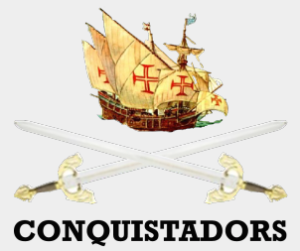 Mike Ballard, a 29 year old American teacher working in Abu Dhabi suffered a severe spinal cord injury whilst playing Rugby for the Abu Dhabi Harlequins in the West Asian Club Championship Final in 2014. He has since had two serious operations on his spine to stabilise it, with his recovery hindered by an infection carried in the metalwork in his spine, which was recently replaced in April 2015. Since then, and over one and a half years since the accident, Mike has made excellent progress in his rehabilitation and has become increasingly mobile and independent, and has made the courageous call to return to Abu Dhabi to live and work, taking up a place at his old school, the “New England Centre for Children with Autism”, where his teaching greatly inspired the Autistic children and their families.

“It’s a massive call from Mike to return to Abu Dhabi and “get on with life” after such a hard road, but its testament to his character that he has decided to do so. We are here to support Mike and initiatives like the Conquistadors really help Mike with some hefty ongoing medical costs,” says Mike Ballard Foundation co-founder Ed Lewsey.

Player / Coach of the Mike Ballard Foundation Conquistadors, Winston Cowie, says: “A few of us who have been involved in the rugby scene in the Gulf for a couple of years caught up recently and decided we should enter a team in the Dubai 7s. Unfortunately they were full. It was only two weeks ago that we were told we were ‘in’ so we madly scrambled and put together a team, to support Mike with his recovery. It’s pretty cool – we have managed to get together some of the best players to play rugby in the Gulf, and in the space of one week, we secured jersey sponsorship from the kind and generous Hill International Claims Group; law firm King & Wood Mallesons; construction company Alec – Building Excellence; and financial advisors The One Group. The Dubai based ‘Picnic Basket’ will also provide us with a good nutritious lunch. We are so grateful to these fine organisations for supporting Mike and we will be working hard to make sure we perform at the 7s for Mike and them.”

The team reads as a bit of an Arabian Gulf Rugby Barbarians team – the back line axis is that of the dominant Abu Dhabi Harlequins team of 2009-2010 – Ed Lewsey (former Exeter Chiefs and UAE representative); Joel Pikari (UAE representative) and the eldest rugby / rugby league dual international ever, Tom Calnan. Throw into the mix stars from the past few seasons: Andy Powell, Brendon Rawlins (also former Exeter Chiefs) and Sean Carey from the Dubai Hurricanes; Doha’s recent arrival, Sam Priest (Oxford Rugby Blue squad); coupled with a forward pack including the likes of the second most capped UAE player, Graeme Murphy; Winston Cowie (former Oxford Blue and 36 tries for Doha in 42 matches), second rows Conor Coakley (Doha and Dubai Hurricanes) and Phil Brady (Abu Dhabi Harlequins and UAE representative); and Wade Quinn (Doha, Qatar International and Bahrain) and you have a rather competitive team.

“Getting together the team was ridiculous,” says Cowie. “Supported by former Doha No.7, Phil Cronin, as manager, in the space of a week, we had guys queuing up to play and support Mike. The blokes in the team are good rugby players, no doubt – we used to play hard against one another, but most importantly they are all good blokes and will all be good ambassadors for the Mike Ballard Foundation and our sponsors at the Dubai 7s. Its going to be great playing with some of the guys that in the past we used to have some ding dong battles with. What else is cool, is that most of the major teams are represented – Abu Dhabi; Bahrain; Doha; Jebel Ali; and Dubai Hurricanes – it’s a Gulf Rugby community story. And Mike is going to be there with us, as manager, pitch-side. So we are absolutely pumped to catch up with him and play footy in front of him.”

On the boys fitness, Cowie comments:
“We played in the Eden Park 7s in the weekend which was really well hosted by the Dubai Sharks. We made the final, and unfortunately went down, but on the plus side, we played five games of 7s together which is really good preparation. Five games of 7s in one day when you haven’t played much footy in a while is quite a bit. But we survived, put in a good showing and onwards as they say.” 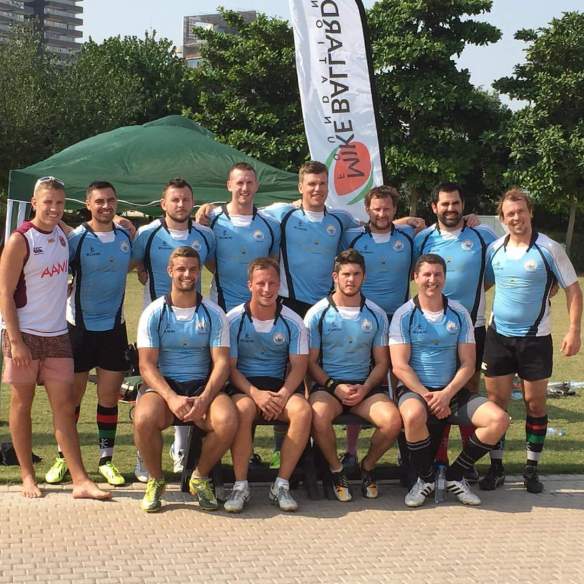 “And it’s funny, you know, a few of the boys in the team suffered some pretty serious injuries during their careers – Priesty (Sam Priest) broke his hip playing for Oxford; Kiwi (Andy Powell) recently broke his leg; and I dislocated my knee playing for Doha. So for these boys to want to get out there and play, it really shows the regard we hold Mike in. We’ve got one week and a half now to train so we should be hitting our peak come the 7s.”

There is an added quirk to the Mike Ballard Foundation Conquistadors – the name ‘Conquistadors’ refers to a book that Cowie has authored, called ‘Conquistador Puzzle Trail,’ which assesses early Portuguese and Spanish voyages to Australia and New Zealand pre Tasman and Janzsoon.
“It’s funny how the name came about. Phil (Cronin) phoned me and said we are ‘into the Dubai 7s’ and that the team name was the Conquistadors. I laughed and embraced it – we have all been delegated Conquistador nicknames – if you want to know anything about Portuguese or Spanish maritime history at the 7s – please ask – you won’t be able to miss us. Winnie De Gama is mine – after Vasco De Gama, who opened the sea route through to India in 1498. Having a Conquistador type beard is also a team pre-requisite. It will be fun.”

Many thanks again to sponsors Hill International Claims Group; King & Wood Mallesons; Alec – Building Excellence; The One Group Middle East; and The Picnic Basket for their superb support.
…………………………
And some details on our kind and generous sponsors:

As a global leader in construction consulting, with a portfolio of some of the world’s largest and most prestigious projects in every major sector of the construction industry, Hill International are committed to excellence, providing an unrivalled depth of resources, experience and services, including construction claims, project and cost management.  With $500 billion in projects under management and experience on over 50,000 claims worth more than $100 billion, Hill are at the leading edge of international construction claims and project management, providing practical advice to contractors, employers, consultants, solicitors, banks and financial institutions. With over 4,800 professionals in 100 offices worldwide, Hill has the experience and the expertise to help their clients deliver their projects on time, and within budget, and with the highest quality possible. Our history is defined by thousands of successful projects. Our future is defined by the success of your next project. https://www.hillintl.com

King & Wood Mallesons is a new breed of law firm combining local depth with a global platform. Offering a different perspective to commercial thinking and the client experience, 2,700 lawyers across more than 30 international offices are working with clients every day to understand local challenges and navigate through regional complexity. With access to a global platform, we provide commercial solutions and transforming the way legal services are delivered.  Recognised as one of the strongest legal advisors in the UAE, our Dubai office is strategically placed to serve global, regional and local clients. Over many years, clients throughout the Middle East, Africa and parts of Asia have benefited from our UAE lawyers’ expertise in:
Corporate / Commercial, IP & TMT / Dispute Resolution / Real Estate / Construction / Energy, Infrastructure & Projects / Tax.
KWM offers a full range of legal services in the Middle East from our Dubai and Riyadh offices. For more information please email dubai@me.kwm.com or call +971 (0)4 328 9900.
http://www.kwm.com

ALEC is the preferred contractor of choice for the execution of major, complex construction projects. The company started in the UAE in 1999, with a firm vision to raise the level of design and construction services and we currently operate in UAE, Oman and Qatar. ALEC has delivered developments of the highest quality to key clients many of which have become significant landmarks. The scope of ALEC’s projects includes: airport terminals, themed projects, hotels, retail developments, commercial buildings and residential. 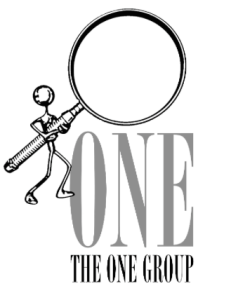 ONE Group is a boutique advisory company operating across the Middle East and Africa, with its head office being based in Dubai.
We specialise in providing transparent advice and solutions to both Individual and corporate clients. Our advice is inclusive of insurance, investment, and strategic planning.
http://theonegroup.co 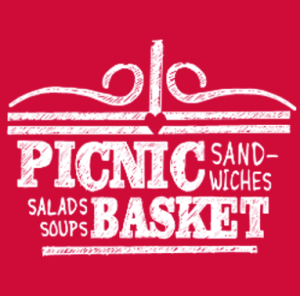 “Picnic Basket” is a wholesome UAE-founded catering company formed for busy Dubai residents who value delicious and homemade food. We are a ready-made food brand that takes the time customers don’t have to prepare scrumptious, wholesome food with the best ingredients. We run daily delivery services to more than 160 offices every day across Dubai, alongside scrumptious corporate and events catering.

We work (almost) 24/7 – delivering packed breakfasts for 150 people at 4am on a Friday morning for a film shoot, to a baby shower for 20 guests at home. We cater for boat parties, birthdays, office breakfasts, school sports competitions – get in touch if you’d like to know more! http://www.picnicbasketme.com