It’s just the sort of place I wanted to go to assist in my recovery from a serious knee injury. I wanted to test myself against the G-Monster. An old mate from Otago University, Karl Trask, joined for the adventure, and we were away in early October 2014.

“Hi, I’m Eban. Watch out for tigers, snakes, and monkeys. Welcome to the Jungle,” he said, pushing forward an Indonesian coffee from behind his bar at Raymond’s Camp, one of three surf camps at GLand. “And the wave,” he adds, almost as an afterthought. “It’s a heavy wave.”

I had been surfing at Middles off Kuta two days before and met an American bloke called Jeff [Jeff Wisener], who had broken his hip in solid 10-12 foot Big-G four years earlier. “Know your limits there, and if its getting too big, get out. Mine was a life changing accident resulting in a bone infection and five operations.”

As I walked across the reef for my first surf there, I was definitely pretty nervous – like before a rugby final. I had been watching YouTube clips of Slater and Dorian pulling into monster barrels in the preceding weeks which on top of the hip story, added to the little squirts of adrenalin which were already pulsing. Further to that, I was on my own personal journey of injury recovery, having dislocated my knee and torn every ligament in it three and a half years earlier in the West Asian Club Championship Rugby Final, playing for the near-all-conquering Doha v Dubai Hurricanes.

“It was a catastrophic injury, as knee injuries go. Not only was there complete dislocation of the tibia on the femur, the tearing of the ACL, PCL, medial, lateral ligament, hamstring tendons and iliotibial band, but the nerve which runs down the outside of the knee, the common peroneal nerve, became entrapped between the two bones. Because this nerve is in charge of controlling lifting the foot up, Winston now has limited dorsiflection in his foot, which makes Winston’s return to surfing a heavy wave like G Land really remarkable, especially given it’s on his backhand.”

[The Surfing Doctors generally have somebody on duty at GLand at Raymond’s Camp, and provide a phenomenal service at this off-the-beaten-track spot].

I remember lying there in hospital in the first few days after the dislocation and hoping I would be able to walk properly, and more importantly surf again. Never did I think I would head to G-Land to test myself against the Big-G.

After the 200 metre walk across sharp reef, interspersed with coral, clams and sea urchins, it was time to have a go at running the keyhole. The surf was heaving – a solid six to eight feet – Big-G six-eight … I jumped in and went for it.

I might have to save the rest of the story for a surfing magazine – it was one hell of an adventure.

The story generally consists of:

-Hanging out and surfing with Trasky (Karl Trask), an old mate from the rugby playing Otago University days.

-Meeting a cool bunch of people.

I am definitely feeling alive, and with that contented glow of having paddled my heart out, had a good crack at something well outside the comfort zone, and done alright.

It’s that old surfing saying. If you don’t go, you don’t know…..

A couple of taster pics below. Thanks to Norris of Raymond’s for getting a couple of good pics of some smaller ones on the inside. 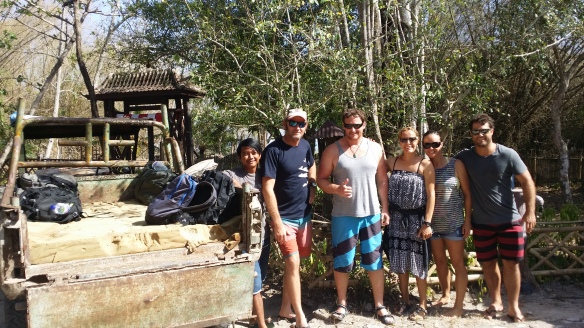 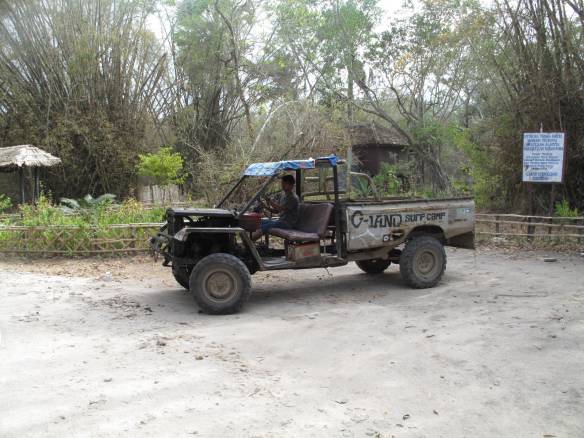 The G-Monster got the last laugh – I have been down with a coral cut fever the past week. But then, I think of some of those waves and smile. Lets call it even.

p.s. Christmas is coming. Get hold of the New Zealand historical fiction novel Greenstone Trail by New Zealand author Winston Cowie, which is now available as an ebook on Amazon Kindle and Apple Ibooks.

Flames Flicker, the second ebook in this series, which spans the Invasion of Waikato, the Chatham Islands, East Cape, mystical Ureweras, and Second Taranaki War, will be released as an ebook soon …